SYNOPSIS
After an accident in space, a survivor trapped in an escape pod must attempt to return to Earth alive.

Marcus is the only survivor of a space accident in an asteroid-mining station. After the accident kills all the other people in it, he ends up trapped in a damaged escape pod, injured and experiencing memory loss. He manages to contact ground control, but he'll need to remember what happened back at the station if they are to help him make it back alive to Earth.


Most territories/Rights available: All Media Worldwide.

A 16-year old orphan and criminal wanna-be gets involved in a hit despite his older brother's attempts to keep him out of the crime world.

Ryan and Chris are two Manchester-based brothers who lost their family to a gang-related crime. Ryan, the older, leads his own gang, and tries very hard to keep Chris, the youngest, outside of that world. But the day of the anniversary they have an argument and Chris ends up getting involved in a hit. What he doesn't know is that it's been orchestrated by Ryan’s enemies and actually involves killing his own brother. 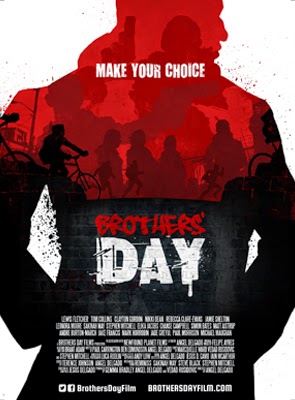 "Delivers the goods as a crime drama, hitting all the right marks"  - MOVIES IN FOCUS

"Loved it from beginning to end. Great job. You guys are great film makers".